The paper which fell from my notebook and landed on the floor of Room 220 at George Washington Junior-Senior High School and was then picked up ( and read — OH NO!!!!!) by Miss Ortino, aka The Jolly Green Giant (the tallest and most humorless teacher we 13 year olds had ever known) said the following:

I, Marsha Rosenzweig, solemnly swear that I will never tell another living soul that Sherry Altman ( name changed to protect the innocent– though you know who you are and if you’re reading this in 2011, feel free to identify yourself!!) was screwed by Kenny Greenberg ( also pseudonymous ) last Friday night, October 22, 1963 in Harriet Doroshow’s basement in Philadelphia, Pennsylvania, USA.

And I, Sherry Altman, solemnly swear that I will never tell another living soul that Marsha Rosenzweig was screwed by Pierre Robinson last Friday night, October 22, 1963 in Harriet Doroshow’s basement in Philadelphia, Pennsylvania, USA. 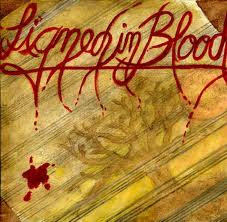 After I wrote these words in my 8th grade English composition book, I tore the page carefully at the seam, very quietly so the Jolly Green Giant would not hear the sound as she droned on about third person singular and plural pronouns and folded it in a tiny square so I could pass it behind me discreetly to Sherry who read it, signed it, then poked her left forefinger with the point of a compass to embellish her signature with the mark of blood which always accompanied documents of this import. When she passed it back to me, I did the same.

Perhaps I was startled by the bell, or distracted by the sight of Pierre getting up from his desk and putting his arm around Shelly Fritzheimer, the new girl with the red hair, great body and tight clothes, who, rumor had it, had been kicked out of Catholic school and banished to our public school for being “too fast.”

Regardless, it only took a second for the pact to fall to the floor beneath my desk and another ten or fifteen seconds for me to reach the doorway before remembering what I’d left behind, only to see Miss Ortino’s flat backside staring me in the face as she bent down to pick up the “trash” on the floor.

I was still standing in the doorway, unable to move when she turned towards me, lowering her glasses as her thin brows rose slowly and steadily above the horn rimmed frames perched on her nose. Her nostrils flared and her frog eyes grew larger and larger and she aimed her gaze right at me.

“Young lady,” she croaked. “I will be calling your mother this evening,” at which point my fight or flight instinct finally kicked in and I ran from Room 220 nearly knocking over several students in my wake.

off the bus and took the basement phone off the hook thereby effectively blocking any incoming calls for the rest of the night.

Miss Ortino never did reach my mother and it wasn’t until a few weeks ago that my mother even heard this story.

I was out to lunch with my sister, daughter and mother and we were catching up with each other about things happening in our lives. My sister is writing a book for parents in part teaching them how to talk to their children about sex to keep them safe from sexual predators. She said that she was including my story as a somewhat humorous example of the misconceptions young adolescents can have about sex.

I don’t know how or when I finally learned the truth. Maybe it hit me spontaneously one night when I was a bit older and knew a whole lot more.

Maybe I heard a grown up use the word “screw” meaning THAT and not what I had theretofore known it to mean — when a boy puts his tongue in a girl’s mouth and turns it in a circular motion. Like a screw.

Years later, when I taught junior high school, when I was alternately known as Miss Rose and Miss Frozenfrogs, I thought of Miss Ortino finding that piece of torn, blood-splatted paper on the floor of her classroom and I was overcome with compassion for her and for all the confused girls who have sat in wooden seats in both of our classrooms.

I’m glad my sister’s writing her book and that she’s included my story.

It still makes me chuckle. But I also must admit that the memory gives me a delicious little thrill. After all, how many girls can say that their first French kiss was with a boy named Pierre. 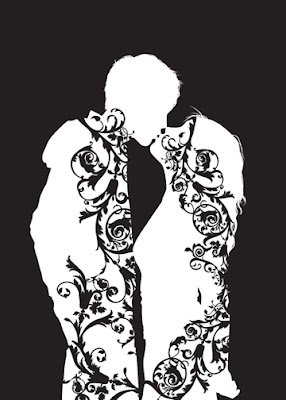 Terra Bound and the Poetics of Space

Last night in writing group, the prompt was to write a fifteen line “mirror” poem…

Two Poems about Teaching: For my Teacher Friends as Another Year Closes

I Follow the steps in the complex dance.Listen closely to what they are not sayingThen…

How to Retire With Joy: For Carolyn and all of my friends who have walked away from the classrooms they loved.

First, have no plan.I know how hard that will be for you, given that for…