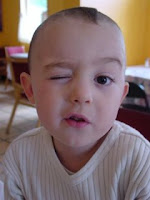 “A wink is not a blink,” he says coyly, closing one eye so quickly I would have hardly noticed it happened at all except for the twinkle that lingers in the corner of his opened blue eyes and the hint of a suppressed smile trembling on the left side of his otherwise still lips.

His lips part showing perfectly even teeth as he continues, his eyes still playfully challenging me.

I try to do neither, my eyes pried open and staring blankly into his, until… well…. I blink and we both burst into laughter.

What an odd dream to have on this warm midsummer’s night.

It is my husband who is driving and we are in his old neighborhood, and because it is summer and because it is hot, he’s stopped his car in front of the water ice stand across from his old high school. The man behind the counter is expecting us, it seems, though I had no idea where we were going. He invites us inside to a cool dark apartment behind the store.

Inside, he introduces us to a man and a woman who have been sitting on wooden chairs as if waiting for our arrival. They are short and copper-skinned, their black hair gleaming in the streaks of sunlight entering through the small unwashed windows above them.

The water ice man gestures towards chairs facing the ones where the man and woman site and we obediently take our seats.

The man leans forward in his chair, and locks his gaze with mine. I too lean closer to listen as he begins to recount the details of his life in El Salvador where he was imprisoned on false charges of terrorism for speaking out against social injustice, and how once released, he escaped the country with his family and came to the US with the help of church groups.

His story has become a monologue and I am riveted. When he is finished, his wife performs her story of giving birth in hiding, of fear and courage it is here that we learn that they are traveling the country, telling their personal stories as live theater. 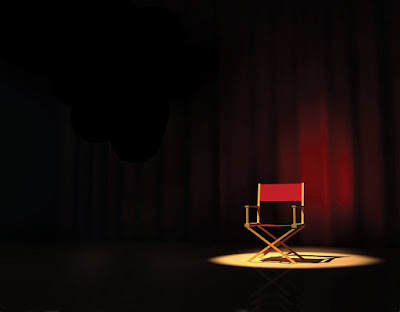 If an actor pours out the depth of his soul on the stage, but no one hears it, did he make a sound?

Finally, the mother draws my attention to her baby who she places him on the stage, changes from infant to toddler before my eyes. I am mesmerized by this child as he begins to sing in a full-throated tenor. The words of his story grow into a show-stopping Broadway ballad.

In my dream, I hang on every note and I swear to myself in my sleep that I will remember every word of his story when I awaken.

The song builds to an emotional crescendo and the toddler, now though only still under three feet tall looks in every other way like a beautiful thirty year old man.

When his song is complete, he takes a bow.

“Thank you Manolo,” the water-ice man says, and with that, I drift off into another dream I cannot remember.

If a dreamer dreams a dream but cannot recall, did she dream at all?

Later in the day, awake and walking barefoot along the beach, my toes tickling the tips of the waves as they come ashore, my eyes peeled on the horizon, I think I see a little man, three feet tall, winking at me with a twinkle in his eye and a curl on his lip.

And he sings:
Because I love you,
I’m no baby.
I’m no baby,
Cause you’re mine. 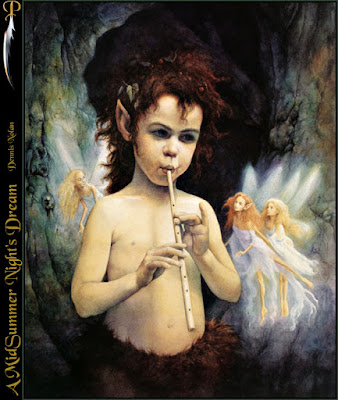 (Manolo – Spanish origin. Form of Emmanuel. Meaning: God is with us.)

The Pact: An 8th Grade Memory

On Wednesday morning when I went to my computer, I noticed that my son's away…