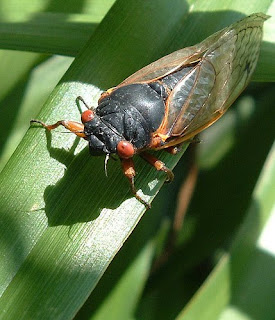 The summer the locusts came we made them our pets. The endless July days would begin the way they ended – with the resonant song of the cicadas. Jackie, Jennifer and I, then ten would capture the cicadas, carefully remove their wings then gently loop the colorful finger-knitted leashes around their necks. First we’d name them. Then we’d walk them like dogs and race them too. Soon we’d watch them die. They were so easily replaced by the millions of others who, like rainfall, landed daily upon our Pine Valley lawns. This memory of three girls playing together outside of our split level homes is one of my most vivid recollections from this time of wonder in the summer of 1962 – the last season of innocence in my soon to be tumultuous childhood.

My parents purchased their piece of the American Dream on a semi-suburban cul de sac in 1960 for $19,995.00, trading up from a brick and mortar post World War II rowhouse to a three bedroom two and a half bath aluminum sided shingle roofed split level. There were two models being marketed in this development of former farm land on the outer fringes of Northeast Philadelphia: the Debutante which sported a front to back design and the Suburban whose living room and dining room were placed side to side.

My parents selected a 3 bedroom Debutante with white siding and red shutters, situated on a quarter acre of gently rolling hills. The summer before we moved in, each Sunday, we would take a drive to this emerging neighborhood and watch the progress of our new home being erected. My sister, brother and I would lay claims to rooms or spots in the yard as my mother and father inspected the quality of the carpentry and the installation of their upgraded appliances.

Our house was on Grace Lane, a stretched out horseshoe of a street, which connected at each end to the more linear Darlington Road. The rear of the houses on both streets faced each other, their back yards blending one into the next. With newly minted cement patios, (perfect for roller skating and playing hop scotch), above ground swimming pools, basketball backboards, volley ball nets, sand boxes and swing sets, this expanse of land contained all of the equipment for a summer day camp with none of the supervision or regimen. We children who lived here were free to plan our own days, play with whom we pleased and make use of everyone else’s property.

Jackie lived directly across the back from me and sometimes at night we could talk to each other through our tin cup and string “telephones” that we ran from our bedrooms. Jennifer lived further down on Darlington and was often the first one outside in the morning, appearing on the side of Jackie’s house where we housed the locusts in jelly jars with holes drilled in the lids and leaves and water placed inside to keep our pets alive for as long as we could.

You can go back and visit the site of our summer idyll. But it’s really not there. You can look out the window of my mother’s house, the place where I grew up and see no further than the end of her property line. My mother never built a fence nor planted a single tree between her and her neighbors. Yet, her yard too became defined – surrounded on all sides by her neighbor’s border markers. This one stopped talking to that one, so the spruces went in. This one’s son hit that one’s daughter so wooden spikes were hammered into the ground. This one didn’t want that one coming to swim in their pool because she was wild and splashed the other children, so another and then another line of trees were planted until the world of my childhood was completely cleaved. 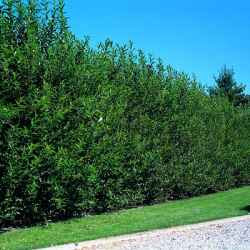 There is little in the lawn’s current landscape to recall its past sumptuousness. Nothing to suggest the fertile glory of the expanse of the Eden-like greenery that once comprised our collective playground. From the Weiss’ white shuttered house on the corner of Grace to the Polakoff’s house with the red roof on the other end of Darlington, our lawns, like our lives were connected, each to the other and adding up to something greater than all of us alone. The size of three football fields, this communal backyard made up our entire world. And in 1962, the season of the 17 year locusts, the summer before the British invasion, the end of Camelot and the dissolution of my parents’ marriage, it was all the world that we needed. 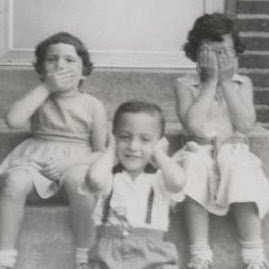 The Synchronicity of Butterflies

You will ask: Did she go willingly or was she taken? The story goes, at…

Notes from the Edge

There is no place of comfort on the edge. But then, who needs comfort. She’s…