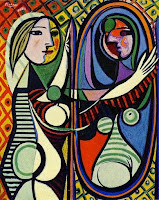 Last night in writing group, the prompt was to write a fifteen line “mirror” poem in which the first seven lines are repeated in reverse order. Here is what I wrote:

I spent the entire day reading The Poetics of Space by Gaston Bachelard, losing myself in his meditations on the ways poets daydream through, within and beyond the spaces they inhabit.

Most intriguing to me was the distinction between metaphor and image. The metaphor, he writes, comes into being after the idea has been formulated. The poet dresses her idea in imagistic language, to enhance the concept she wants to convey.

The image presupposes nothing. It just is.

Bubbling up from the depths of the unconscious, the image arrives unheralded in moments when the poet allows the walls between her conscious and unconscious to lower so what lies beneath can be seen.

Once when I was having terrible writer’s block, I asked my friend Tobi, a painter, if she’d ever experienced a similar phenomenon. She said yes, but she’d recently developed an antidote. 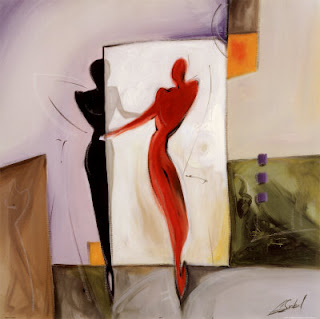 She’d stand before the white canvas and ask it questions waiting patiently for the answers. She might inquire, “What would it look like if I painted a hand coming through a wall?” or “What would happen if I coiled lines of purple and green around on another right here?”

And she’d wait in wonder, while the canvas would tell her what it needed to see next or what story it needed her to tell. Then she and the canvas would engage in a reciprocal dialogue until before she knew it, she was deep inside of her own creative process, bringing images to light.

I tried the same thing recently. Just sat in front of my computer screen and asked it what it was seeing and what else it wanted to see. That’s when a stone house at the edge of the forest appeared inhabited by the woman with a stone fetus inside of her body, looking and longing for a girl named Ephemera.

The image of the celestial husband came to me while I was reading the Poetics of Space in Borders yesterday, and last night I wrote of a home in the sky with no roof and only the wind for walls enclosing a welcoming bed of soft, warm clouds sitting beneath prattling stars inhabited by two people with no bodies, only voices, singing a home of their own. 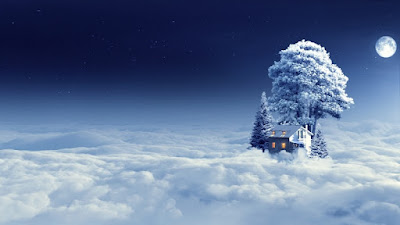 On Scholarship and Vegetables

In writing group last night, the prompt was, "Write a story about buying lettuce." Of…

“A wink is not a blink,” he says coyly, closing one eye so quickly I…

Teshuvah – [Re] turning to Ourselves