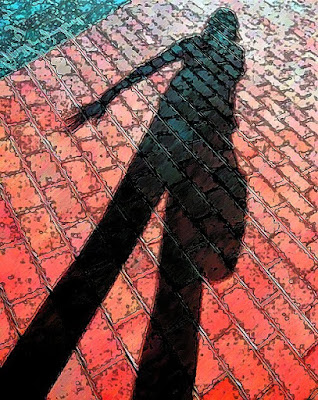 I have always been afraid of my shadow. And yes, I mean it in both senses of the word – the Jungian shadow buried deep in my unconscious containing all of the psychic material I had long ago stuffed there like old childhood clothes crammed into a trunk with a metal lock threaded into a brass hasp, the key swallowed – and my physical shadow, that substance-less absence that only shows itself in the light.

Pure mind is how I like to describe myself, and I have so subsumed my sensory function, pushed it so far down the well of my unconscious, that I had a terrible time learning how to drive, can’t line edit to save my life, and have to pinch myself sometimes during sex to remember that yes, this act is indeed a sensory, not intellectual experience.

So in the dream, I am standing before the entrance to an attic, and I cannot remember how I got there. I recall nothing before the creaking sounds my boots make as they press into the loose planks of the wooden staircase that is leading me to this place.

It feels like it might be my grandmother’s house, though it can’t be really, because Bubby never had a house – only a series of drafty apartments in sub-divided brownstones where she lived alone except for when she rented out a room or two to borders – strange lonely men from Russia or Poland with no children and no place to go on the Jewish holidays.

I’d had nightmares about Bubby’s apartment before, decades ago, when my mother had left me there from time to time to spend the night.

“The man upstairs is going to get you,” Bubby would snap, whenever I’d misbehave, which usually meant I’d spoken too loud or scrunched up on my knees instead of sitting properly at the dining room table.

And just as Bubby would utter her warning, as if on cue, the building would start to creak or moan, and I was certain that as soon as I was alone in the dark, lying on the cold narrow cot that Bubby had unfolded in the back room, the man upstairs would come into my bed, smelling, as old men do, of stale smoke, onions, and tooth decay – and suffocate me.

Years later, I realized that perhaps Bubby was talking about God, which thinking about it now was just as, if not more, frightening than a smelly border living on the third floor, given the way God was known to write people’s names in the Book of Life or Book of Death.

God had come for Bubby almost forty years ago, but somehow, in my fifty plus years of life, I had eluded Him.

Or had HE eluded me?

The failure of God to appear in my life is as awe-full to me as the absence of light in my shadow.

But now, in this dream, as a fleeting wisp of darkness floats across the attic’s entrance way, I let my body enter. 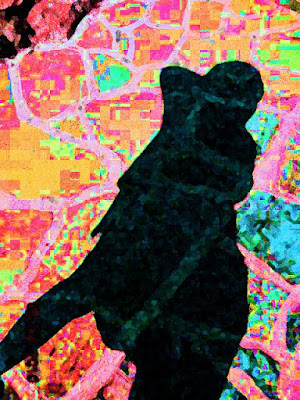 Beyond Wiggle Room: Creating Spaces for Authentic Learning in a Senior English Class

Beyond ‘Wiggle Room’:Creating Spaces for Authentic Learning in a Senior English ClassMarsha Rosenzweig PincusI would…