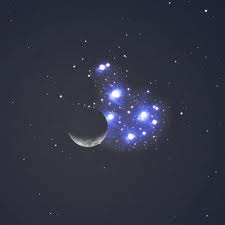 I love imagistic writers. I want to be one. I want to write about the silver sliver of a moon that hangs like a machete over ripened stars in the Dominican sky, like Julia Alvarez in In the Time of the Butterflies.

Or that silly (and lovely) moment in The Owl and the Pussycat where Barbra Steisand plays a call girl and George Segal a writer and he reads her a line from his book, “The sun spit morning in Julian’s face,” and she laughs at him, not getting the metaphor immediately, until a few days later, she comes to him while he’s in bed, kneals on the floor beside him then slowly lifts her head like the sun rise while reciting his line. And as she utters the word “spit”, her whole face lights up with sunshine.

I read somewhere that good metaphors come to us like coincidences – juxtapositions that startle us into seeing things yet unseen. On the brink of visibility metaphors are prodded into the light of day with the scribble of a pen.

There are many things I need to write tonight- none of which I will. The words will remain inside stones, trapped like mica glinting in the sun.

There are words that will never be able to leave the place inside of my throat where they are fixed between my vocal chords – the sympathetic vibrations of a forced silence humming through my tightly pressed lips.

I need to peel the bark off the trunks of stories that have grown thick and stalwart and still. I need to carve away the rings of silence and enter the crying center where the words still hurt.

I am having a hard time writing what I need to tonight. Difficult to accept the invitation.

Can stories awaken the dead? Do they reanimate the past?

After Episode 9 of Mad Men ended two weeks ago, my thirty year old son called me.

“Are you alright, Mom?” he asked, knowing that I’d be upset after watching that episode.

In it, Sally, Don’s twelve year old daughter runs away from her mother’s house and boards a train to the city with no money to go to see her daddy. He is angry with her but has no choice but to keep her with him at work. Then he has his new girlfriend take her back to his bachelor apartment. 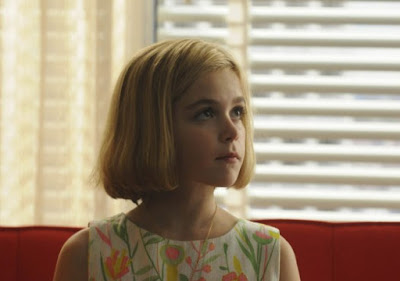 Watching this, I am Sally Draper – that twelve year old girl whose parents separated the same week-end as Kennedy was assasinated, the one who resents her mother and misses her daddy, who tries on different identities to please her father and in the most poignant and awful of moments falls flat on her face trying to escape her father’s anger while avoiding returning to her mother’s house.

And as Sally falls, I begin weeping for her and for me- connecting to the center of my long buried story.

“Are you okay, Mom?” he asks again. “I knew you were watching and I was worried about you.”

When he was a baby, I would hold him for hours every day. I’d take him in my arms and press him upright against my chest and pat his little back gently, over and over again.

I did this for months and months, again and again. Countless times. I can still feel the sweet smell of his milky breath inside my neck. It was was a lovey ritual, as calming to me as it was to him.

Then one day – out of nowhere – there it was – the tiny pat pat pat on my shoulder. 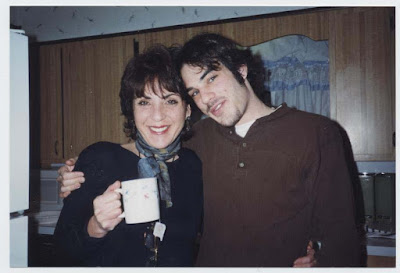